A large number of African athletes have achieved worldwide recognition. Some have played in multiple sports and many have left their imprint in the sands of time. Zambia as a country has also produced its fair share of African athletes.

Their achievements and professional careers are commendable. Here are ten of the best athletes from Zambia, covering various sports.

Another great read: African Teams at the 2018 FIFA World Cup in Russia – Review

He is a Zambian legend in track and field athletics. He was the last Zambian to win a silver medal in the 400m men’s hurdle at the Atlanta Summer Olympics. Zambia hasn’t claimed a medal at the Olympics since then. Matete was born 27, July 1968 in Chingola, 260 miles from the capital city, Lusaka. Although he is retired, he still coaches younger Zambian athletes at the Kitwe Playing Field, an athletics academy which he formed.

He is usually referred to as the “Father Figure” of the Zambian Football team by FIFA. Musonda was born on May 30, 1977, in Kalulushi, Zambia. He is an accomplished and trustworthy defender. He is the most capped Zambian football player. He was part of Zambia’s win at the 2012 Africa Cup of Nation, which was also his 100th match. Although injured during play, he went to receive the winner’s medal on the arms of the team’s manager. He currently plays for Zambian Premier League Club, Nkana.

He has been Zambia’s closed tennis champion for the last fifteen years. He was born on 22 January, 1983 in Mufulira, Zambia. He is a right handed player known for his agility, modesty and dramatic shots. Kazembe has won two consecutive titles at the Zambian Open Championship. He has been the highest ranking national tennis player since 2008. He is a memorable torch bearer for Zambia who might win a major tournament soon.

Mupopo is a multi-talented female African athlete. She has earned star status through her performances in both football and athletics. Mupopo started her football career as early as age 11. She led the Zambia women’s national football team as captain to the 2014 African Women’s Championship tournament. She also represented Zambia as a sprinter at the Commonwealth Games in Glasgow. She won the silver medal at the African Championship in Marrakech for a time of 51.21 in the 400m. She is a recipient of an athletic scholarship helped her commit to athletics full time. She was among the selected athletes for 2015 world championship in Beijing.

Also known as the “Great Kalu”, he is a great African athlete indeed. He was named the African Footballer of the year in 1988 by France Football. He was born 16, August 1963 in Mufulira, Zambia. In 1996, he was nominated for the FIFA world player of the year and voted the 12th best player in the World. The “Great Kalu” was appointed President of Football Association of Zambia between the years 2008 to 2016. The Bwalya family boasts other professional football players apart from Kalusha. His older and younger brother and a close cousin also played. Kalusha’s professional life was made into a documentary titled “Eighteam”. The Zambian legend is still very relevant in the Zambian football community today. 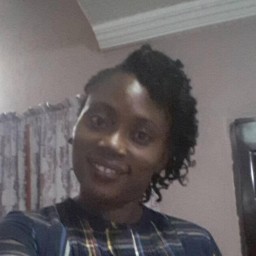