Feeling bored? Here are ten of the most popular African TV Shows to keep you entertained. Look them up and join the conversation.

The Wild is one of Africa’s TV shows that gives viewers a double offering of drama and the beautiful scenery of the African wild. The Lebones, the van Reenens, and the Tladis families struggle to get along but they cannot go their separate ways because they all have an attachment to a special piece of land.

On this piece of land sits a popular five-star lodge with mouth-watering cuisine, expensive champagne, game drives and the ultimate relaxation sessions. The staffs and the guests that visit from time keep viewers glued to their TVs in anticipation of the drama that accompanies them.

Isidingo is another of Africa’s TV shows by Gray Hofmeyr. It is a spinoff of another soap opera created by Hofmeyr, The Village broadcasted during the apartheid period. The cameras of the Isidingo show zoom in on the lives of the wealthy Haines family and the Matabanes, and the inhabitants of the mining town Horizon Deep.

Barker Haines, a millionaire, likes to intrude on the lives of the mining town’s inhabitants. Leone, despite being his daughter or maybe because she is his daughter, is one of the inhabitants most affected by his schemes. 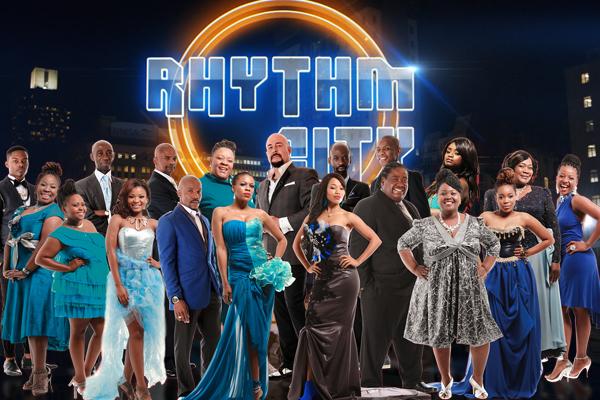 South Africa seems to the home of Africa’s many TV shows. The Rhythm City is a South African TV Series. Premiered in July 2007, Rhythm City continues to entertain and hold Ghanaian and South African teens in its suspenseful grip. Rhythm City shows the pain and struggle that comes along with trying to enter the music industry.

Viewers also get insight into the dark side of the music industry. The drama portrays the addictions, infidelity, heartbreaks and backstabbing that those who have been successful in the music industry receive and dish out to others. Though not the first drama of its kind, with each episode the ratings of Rhythm City continue to climb.

Scandal! A South African soap opera draws viewers from all over the world. Viewers are entranced by the storyline which focuses on characters connected by The Voice Newspaper. The characters of Scandal! are all fighting to achieve their goals at any cost. Some are charming their way to the top while others scheme to knock their competitors out of the way.

The Shuga TV series, first aired in Kenya, came about for noble reasons. MTV Africa, along with the government of Kenya and several other bodies, commissioned the series to educate the masses about safe sex and tolerance. It became wildly popular, forty African countries and over seventy international TV stations aired the series.

In 2013, producers moved the show to Nigeria and it informs youths on HIV, safe sex and teenage pregnancy. Season three had over 550 million viewers worldwide. I hope this means that at least half of these people are now practicing safe sex. Set in Johannesburg, the interaction between the rich and poor provides relatable but entertaining scenes. Persons on both divides work to fulfill their dreams and in the process provide drama, suspense, romance and everything else that comes with a good show.

53 Extra is not like the other TV shows mentioned above. The hosts of 52 Extra travel across Africa bringing new and interesting developments in food, fashion, film, and lifestyle. From time to time, celebrities join the hosts to make the episodes even more interesting.

If you want to learn about the culture of East Africa then Mashariki Mix is one of the best TV shows for you. Mashariki Mix features famous East African personalities, musicians, models and business moguls. Hosted by, heartthrob Nick Mutuma, the show also allows for viewers to live vicariously through the host. Nick goes from trampling in swamps one episode to sampling delectable looking dishes from famous chefs in another episode.

Produced by M-Net, Tinsel is without a doubt one of the most successful TV shows in Nigeria. Suspense-filled drama, passion and red hot romance are the defining attributes of this soap opera. To ensure that viewers keep on coming back episode after episode, producers employ some of the most talented actresses and actors in Africa. The show has long passed its 2000th episode. Big Brother Africa just happens to be the African version of the Big Brother TV Show. Created by John De Mol, Big Brother Africa is the most popular TV show in Africa. A country sends one man to represent them. The men then have to live together in an isolated house monitored by cameras and microphones.  Viewers of the show can vote for the one they want to remain in the competition. The man that lasts the longest wins thousands of dollars in cash and prizes.

Toni-AnnToni-Ann is currently a university student who dabbles in Economics during the day and unleashes her creative writing skills during the night. Her dream is to see the seven wonders of the world. But due to the unavailability of several resources, she travels through the pages of the books she consumes on a daily basis.
Leave a Reply Cancel reply