When it comes to fashion, women are extremely versatile.

They not only keep their territory but also invade their boyfriends fashion territory when something fits their taste. 🙂

As such, some of those attires that were traditionally reserved for men have now entered the female domain. Talk of dashiki, agbada, and the like.

Unlike African men, where dressing style seems to be regional, there is no regional boundary when it comes to African attire for women. What a West African woman wears, you will easily find it being worn by an East African woman or South African woman, and vice versa.

The following are the top modern Afrocentric fashion trends for African women. Floral print dress keeps re-emerging on the fashion scene due to plenty of room for newer and better designs. The only requirement for a floral print dress is that the prints are of floral patterns. This allows flexibility in terms of design, material, color, etc.

Due to this flexibility, newer designs can easily be cloned into a floral print dress thus renewing its fashion lifespan. 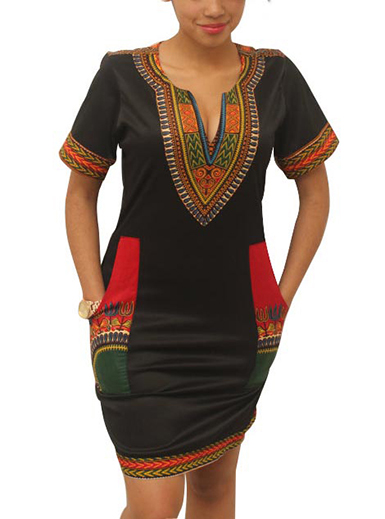 Dashiki is one of those designs that fit so well into the unisex world. As such, it is common to find couples adorning dashiki attire, especially to social events and parties.

Dashiki is a colorful attire that covers the upper half of the body. It originates from Nigeria but widely worn in West Africa.

The attire is usually made of loose-fitting pullover garment, tailored and embroidered neck and sleeve lines, and an ornate V-shaped collar.

Unlike East and Southern Africa, dashiki is worn more by men than women in West Africa. 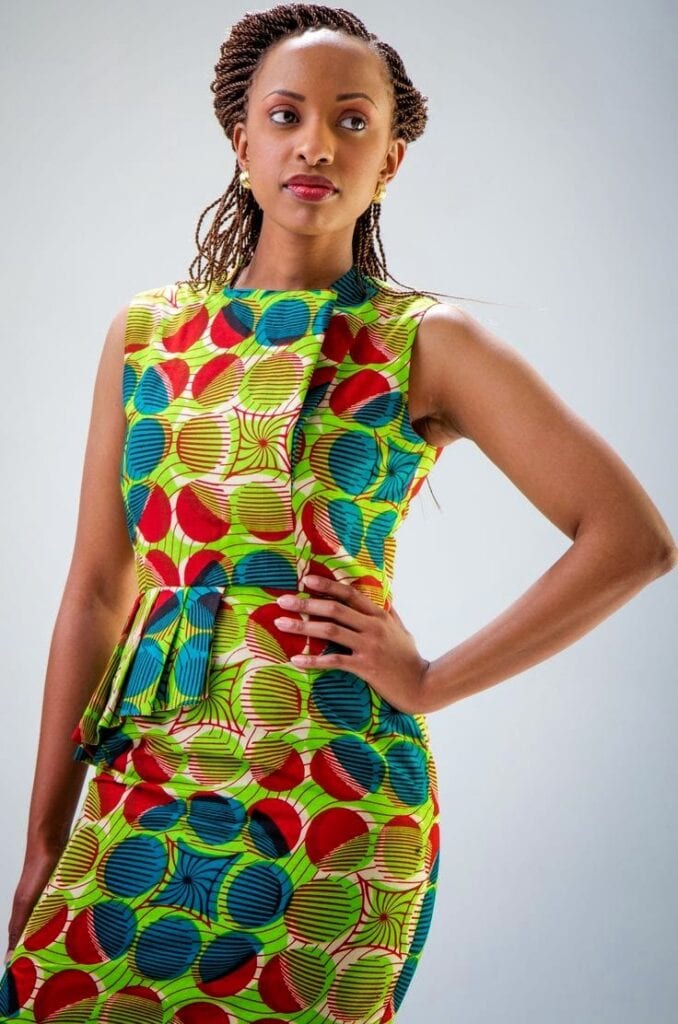 Originally, there used to be a certain design from which the kitenge fabric would be cut out. The kitenge dress also used to be accompanied by a kitenge headscarf.

However, in modern times, the kitenge is not confined to just dresses or a certain dress design. It is more confined to the print fabric while the design has become extremely flexible, especially among the youths.

Among the older generation, especially along the coast of East Africa, the original kitenge is still being worn.

Batik is basically about the patterns and how they are made rather than about the fabric, its shape or its color. As such, batik is unisex. However, batik in Africa is mostly worn by women than men.

The popularity of batik in Africa is due to the ease with which it can be made. It only requires a simple tie-and-die technique, with materials used in the dying process being locally available.

Thus, anyone doesn’t need advanced skills, or buy special dyes, or wax… and neither does someone need specialized equipment to do it. Even 9-year-olds do batik printing.

As the name suggests, the Baby doll design mimics the dressing usually put on baby dolls. This design is characterized by relative slimness at the waistline and opens up in a funnel-like manner below the waist. It is also just short enough to cover some few inches above the knee

Baby doll design is ideal for women who have a medium waist and large hips. The fabric is often made of 100% rayon, which allows comfort while wearing it. This is a dress that distinguishes itself in terms of the design shape rather than material, color, or fabric. It is simply slim at the waist.

After the waistline, it gracefully opens up and extends to cover the legs up to the feet level. However, it doesn’t open up in a funnel-like manner.

The primary purpose of the slim-waist long dress is to accentuate the torso, especially the tiny waist and then be conservative with the lower abdomen.

As the name suggests, the mermaid dress flows along the African woman’s curvy body. Beyond curving, it is long enough to create some sort of a ‘fishtail’ at the lower end. This ‘fishtail’ covers most of the feet with only soles being occasionally visible while walking.

Mermaid dress is quite an age-old design that has refused to quit the race. Thanks to the cloning done to the newer fabrics and print patterns that helps to accentuate the beauty of the ‘mermaid’ thus making this unique dress not fall off the trend for such long.

Denim is a material that comprises of 100% cotton. It is the same material used to make the famous denim blue jeans.

Denim cute attire is more about the fabric being used to make the dress than anything else. However, most denim dresses are buttoned from top to bottom midway in front in such a manner that appears to dissect the front into two equal parts – left and right.

Mixed lace can also be virtually transparent in the torso part. This style of mixed lace dress is commonly worn during night-out parties.

Ankara (print) is a common African design print characterized by tribal-like patterns and motifs. It is the prints are made using the batik technique. The batik technique originated in Indonesia. This technique uses wax as an agent in isolating print sports and determining the print intensity.

Like floral print, ankara is very versatile as it allows so much flexibility in design, color, and pattern. Also, like floral print, it is unisex, although it is popular among ladies than men. The primary difference between traditional batik and ankara is that the latter uses bright colors and doesn’t necessarily need to have tribal patterns while the former can also have dull colors.

They dress Africa extremely well in as far as authentic fashion is concerned.

These modern fashion trends for African women are simply a glimpse of what you would expect to find from African women on your visit to Africa in as far as fashion is concerned.

Afrikanza is your go-to source for African merch, entertainment, music, fashion & much more. We provide you with the latest breaking news and videos straight from the beautiful realms of Africa.

Afrikanza participates in various affiliate marketing programs, which means it may get paid commission on purchases made through our links to retailer sites.

Any cookies that may not be particularly necessary for the website to function and is used specifically to collect user personal data via analytics, ads, other embedded contents are termed as non-necessary cookies. It is mandatory to procure user consent prior to running these cookies on your website.