Africa is endowed with a long coastline stretch that borders three oceans and several seas.

Along the thousands of kilometers long stretch are found some of the most spectacular surfing destinations in the world.

We have compiled a list of the ten most famous surfing spots in Africa. So, here we go, surfs up bro! 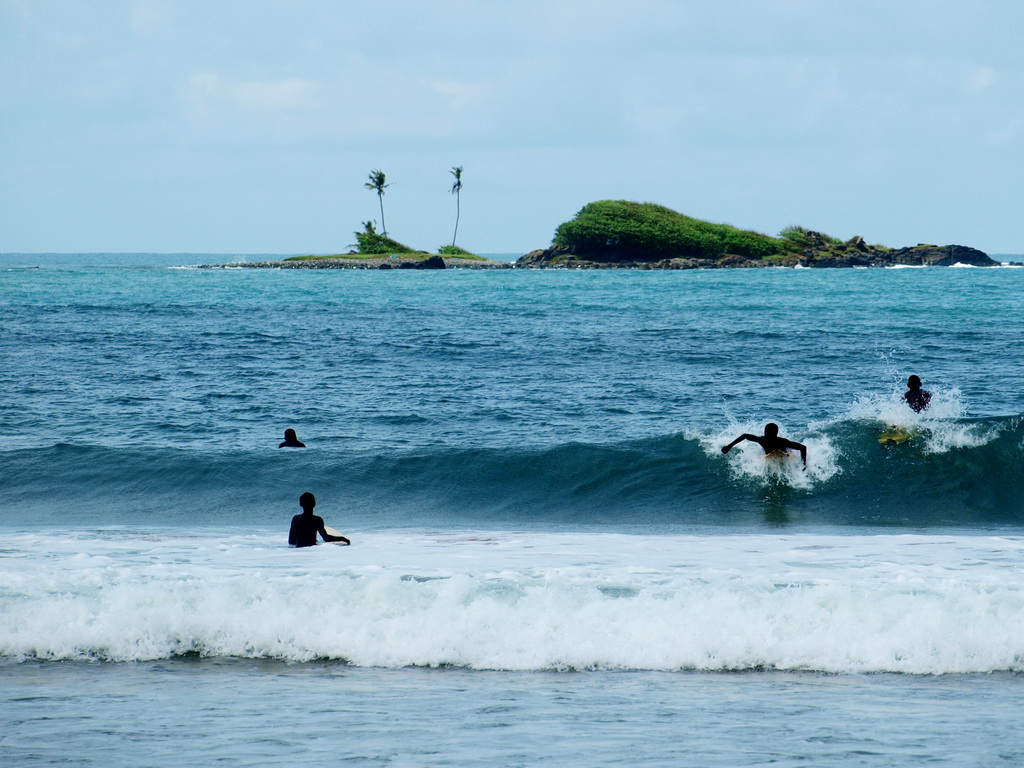 Busua is considered Ghana’s surfing Capital. With a gentle right-hand point break characterized by hollow beach break, Busua is a great place for newbie surfers and those who just have little skills to advance.

Just an hour’s drive west of Takoradi, Busua is an ‘endless summer’ destination for those who have made it their surfing destination.

Here you can easily interact with very hospitable Ghanaian locals – both surfers and traders, and from all walks of life, as you enjoy a great summer surfing experience. 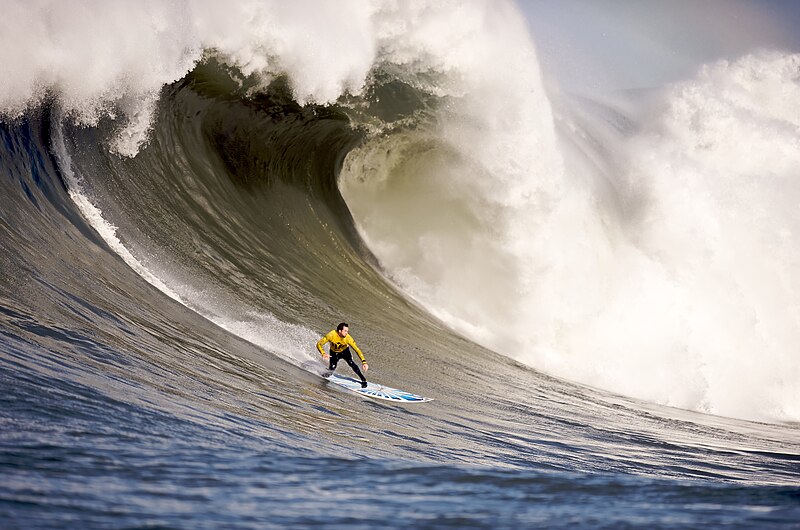 For experienced surfers who dare have a challenging adventure, Skeleton Bay is the typical destination. Roaring currents, cold-shouldered waters, and fiercely competing waves makes this a scary place for newbies and those not skilled enough.

The barren crust-yellow sand beaches ensures that current flow is unhindered, yet, a relentless foresight for those who would like to witness a land falling into a distant horizon while enjoying their surf.

The plenty of shipwreck skeletons (from which Skeleton Coast/Bay derive their names) can be a reminder that this place is not for the faint-hearted.

This is a must-tour place for surfers who want to experience the dryland folds of Namibian beaches. Surfing season rests between May and September.

Ponta Do Ouro (“Point of Gold” in English) Ponta Do Ouro is one of the best surfing sports on the East Coast of Africa.

This is one of the prime spots in the Southern Africa tourists’ circuit. It is one of the best holiday destinations along the south-east coast of Africa.

This right-hand point break that provides almost a kilometer ride, comes with a big surprise – the company of bottlenose dolphins. Here you are assured of a good company of them, especially during the Southern Hemisphere’s winter season.

Besides surfing, scuba diving can also be carried out within the same range, which makes this one of the best spots in Mozambique for both surfers and divers. 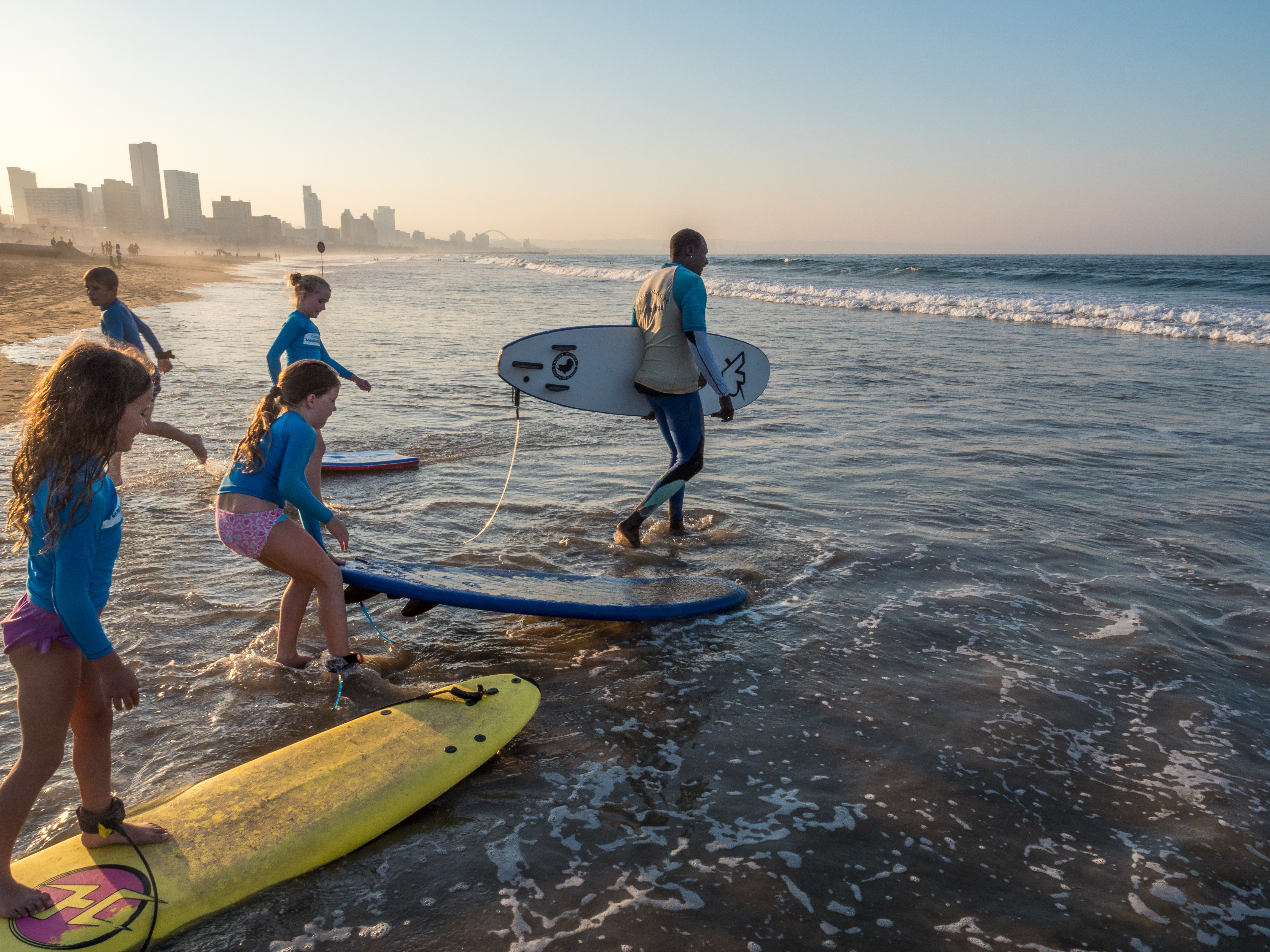 With both left and right breaks, New Pier is the most popular surfing destination in Durban. Renouned for being the Africa’s surfing capital, Durban boasts of world-class infracture that makes tourists from Western capitals feel at home.

For those who are just beginning, tolerant waves are found down south at a place called Vetch’s Pier. Vetch’s Pier is the front side of the world’s famous Ushaka Marine World.

Those experienced enough can get further north of Gold Mile to encounter places like Dairy Beach, North Beach, and Beach of Plenty.

Surfing experience in South Africa is one of a kind. It is part of a full tour package where you can enjoy Africa Safaris as you witness some of the world’s best kept game secrets.

The biggest benefit of Durban is that it has plenty of surfing spots that offers all-year-round experience. For those who would love surfing in warm waters, Durban is the place to go.

Madagascar is Africa’s largest island. As such, it has a long coast with beautiful beaches. Anakao is the most famous surfing spot on this island. Among the breaks, Flameballs has the reputation of scaling a height of up to 8 feet.

However, Anakao can be a challenge for newcomers. Those not experienced enough should move to Jelly Babies. This left-handed break is more tolerant compared to the right-handed Flameballs.

Both Flameballs and  Jelly Babies are found on the South-Western part of Madagascar – just south of Toliara.

On the West African coast, Robertsport is one of the best surfing spots. This is a unique place found in Liberia just about 3-hours drive to the North-West of Monrovia, Liberia’s capital city.

The famous Kwepunha Retreat awaits those who would like to board or enjoy a breathtaking West African cuisine.

Apart from Cotton and Fisherman’s breaks, there is Shipwreck hideout for those who want to gain a different kind of experience.

Robertsport experiences south wrap swells that, at their best, can rise up to 6 meters and provide a guaranteed surfing length of 200 meters.

Robertsport provides the best surfing season between April and August.

With fantastic right-hands, Killer Point is the most beloved surfing point north of Africa. It is also the best of this restive village of Taghazout, Morocco. Other nearby spots include Boilers and Anchor Point.

Boiler point which derives its name from the shipwreck’s boiler found within the vicinity is one of the most thrilling yet extremely challenging surfing spots in North Africa.

It is one of the most loved spots for surfing photographers in the world. This is due to the challenging encounters that push surfers to make some of the most spectacular maneuvers.

Anchor Point is famed for its consistent waves at all tides and clean lines. The waves can stream over a length of 300m to 500m and reach a height of between 3ft and 15ft.

Due to its proximity to Southern Europe, Morocco is a loved surfing destination for tourists on a short season trip.

The best surfing season is during winter which spreads from September to April. During this time, bigger swells are pushed to the vicinity by the North Atlantic storms.

On the southern end of Tofo’s eastward beach rests the famous Tofinho Point. Tofinho Point is a right-hand reef break that is just about 15 miles east of Inhambane.

Warm waters, consistent waves, and stunningly beautiful reefs make Tofinho Point one of the most unique surfing spots, not only in Mozambique but also in the world.

The best surfing season at this warm spot is between June and August. It is also a season that coincides with the Whale migration.

N’Gor Right remains the most famous and unrivaled break along the coast of West Africa. It sets the theme of “The Endless Summer” one of the most iconic movies of the 1960s.

N’Gor Right is found on the N’Gor Island which rests not far off Cape-Vert Peninsula, and just within the vicinity of Dakar, the Capital City of Senegal.

Apart from N’Gor, Amaldives is another great place for surfing. It is located at the end of Cape-Vert Peninsula, just a few meters from Dakar.

The best surfing season ranges between November and March – for those who want to experience a daring adventure of surfing on formidable waves. However, September and August are ideal for newbies as the waves are much calmer and more dependable. 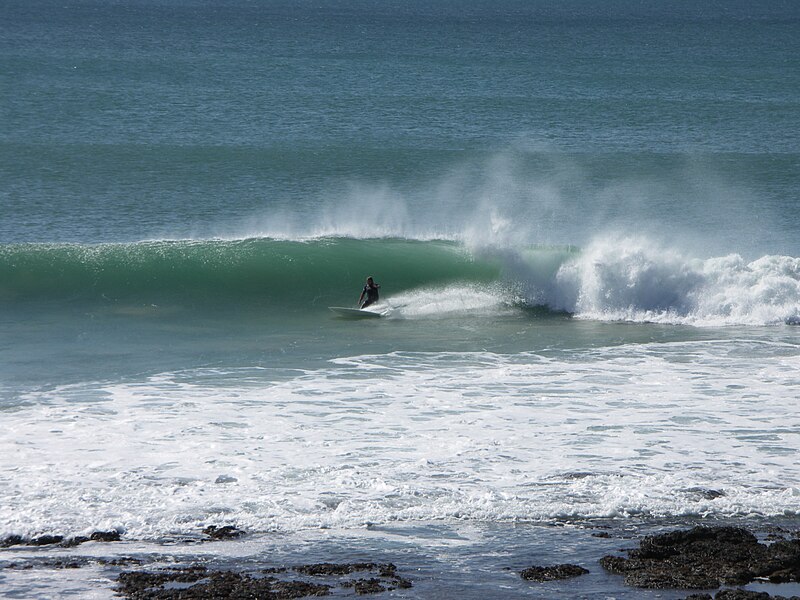 Supertube is its most loved break in Jeffrey’s Bay. This 4-8 foot right-hander is one of the few places in Africa that hosts a World Surf League event – the J-Bay Open.

J-Bay, as is fondly known by locals, rests on iconic East Coast beaches of South Africa just about 50km south of the famous Port Elizabeth. It is commonly referred to as “surfing Mecca of Africa” due to the constant patronage it receives due to its fanatic surfers.

Other than Supertube, there are a host of other breaks, including Kitchen Window and Albatross.

The best surfing season rests between June and September.

Africa has some of the best summer surfing spots in the world. We have highlighted for you the 10 best surfing places in Africa so that you can have an informed choice of your nearest surfing spot should you make an African Safari adventure.

HudsonHudson is a freelancer writer, author, accountant, and techpreneur. He writes on topical issues relating to technology, business, entrepreneurship, self-help, society, and geopolitics. Following up on African affairs and writing on topical issues about Africa is one of those things that greatly inflames Hudson’s passion. You can email him at: job4hudson@gmail.com
Leave a Reply Cancel reply